How to avoid Netball or Football injuries 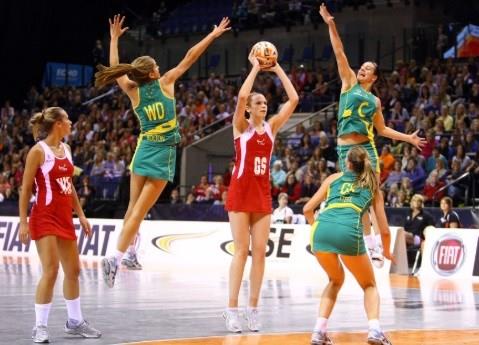 This Winter, your kids, partner or other family members may be taking part in a game of Netball or Football, you may even be enjoying a game yourself! We have had a look at the types of injuries that occur from taking part in each sport and how they can be avoided.

Netball is one of the most popular team sports in Australia, with the highest number of females taking part in the sport compared to other team sports in the country. It’s a game that requires muscular stamina and speedy movements to out smart competitors. These include sudden changes in direction, jumping to catch or block a pass, or catch a rebound after a goal has been shot.

Different Types of Netball Injuries
Most Netball injuries occur to the ankles, knees and hands
Knee injuries can be the most serious and expensive, resulting in extended periods of time away from the game.
Other injuries that can be sustained from playing Netball are sprains and strains, this excludes finger injuries that occur in the form of fractures or dislocations.
Other injuries happen when participants fall over when playing the game, poor landing, exhaustion, being hit by the ball and running into other players on the Netball court.

How to Avoid Netball Injuries

Australian rules football is a favourite sport amongst participants and those that follow the AFL in Australia. It’s a game that involves a large amount of physical contact, injuries are sustained due to players, running, tackling, kicking, marking and handballing. Players are constantly vying for the ball.

The Different Types of AFL Injuries
Players often sustain injuries that are the result of running into another player, tackling, being struck by the ball or tumbling over. Damage to the lower leg, knee, thigh and ankle are the most frequent types of injuries that don’t require hospitalisation. More serious injuries requiring hospitalisation are sprains, strains or fractures to the wrist hands, shoulders, head, face, knee and the lower leg.

If you have suffered from head, ankle or thigh injuries, protective headgear, ankle braces and thigh protectors can be worn whilst playing the game. Use a mouthguard during play, a custom fitted mouthguard is the most comfortable and effective. Choose boots that can be worn on all different types of surfaces. As AFL football is an outdoor sport, use sunscreen and re-apply it during breaks on sunny days.
If you need any assistance with Netball or Football injuries you can contact one of the Physios in our practices.
Press this link to make a booking at a location near you.