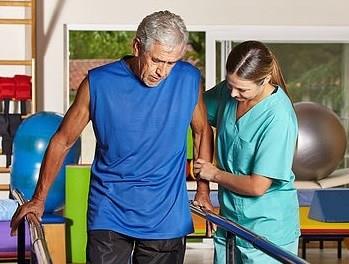 Stroke is one of the major causes of death and disability in Australia today. Physiotherapists play a key role in the rehabilitation of people who have had a stroke, helping them to return to the highest level of physical function.

What is a stroke?

The brain is supplied by several blood vessels. These vessels may become blocked or haemorrhage which results in areas of the brain receiving less oxygen and subsequently becoming damaged. We call this process of damage stroke.

Problems which occur due to stroke

These vary depending on the area of the brain affected but some common problems are;

What are the major risk factors of stroke?

How can Physiotherapists help after a stroke?

Physiotherapists are specially trained in assessment and movement difficulties that may occur as a result of a stroke. By re-educating normal movement patterns, Physiotherapists can retrain functional activities. Some of the focuses of functional rehabilitation include:

Physiotherapists play an important role in establishing home exercise programs performed by stroke sufferers often with the aid of their family. This way the rehabilitation can occur on a daily basis.

Most improvement following stroke occurs in the first three months following an episode. Due to this the best results from rehabilitation can occur in this early period when most people are managed in acute and rehabilitation hospitals. Many stroke sufferers will continue to show improvement in function over many years. Ongoing Physiotherapy in the community can help to maximize the level of recovery achieved. In the longer period Physiotherapy also aims to reduce the secondary effects of altered movement and posture.