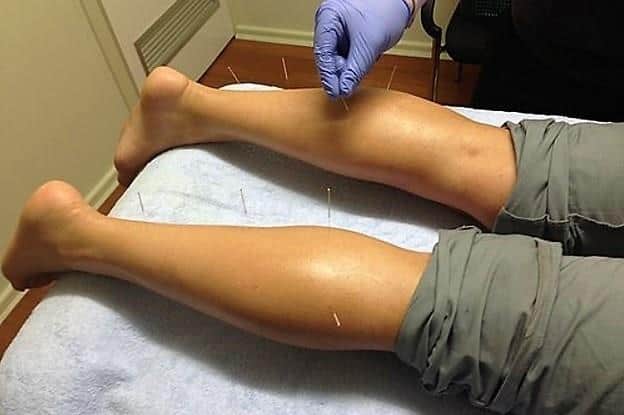 Corey* came to Core Physiotherapy with really tight calf muscles after performing a personal best in a recent half marathon. Corey* reported no pain before the marathon, his calf muscles tightened up in the last 5 km’s, but he was able to keep going. Corey* mentioned that he was having trouble doing his regular stretches and foam roller exercises due to the pain that he was experiencing in his calves. When we assessed Corey’s* leg muscles we discovered that they were tight, but didn’t suggest any trauma like a muscle strain or tendon inflammation.

Corey* was treated with dry needling for the tight and sensitive muscles in his legs. Immediately after the session Corey* reported his calves had more range of movement, but they felt a little weak. Corey* was then treated over the next couple of weeks and his calf muscles have returned to being able to run comfortably without tightening up.

Corey* is now focusing on his next great adventure, a full distance marathon before the end of the year. Corey* is also looking into his fluid intake and diet more closely to improve his performance.