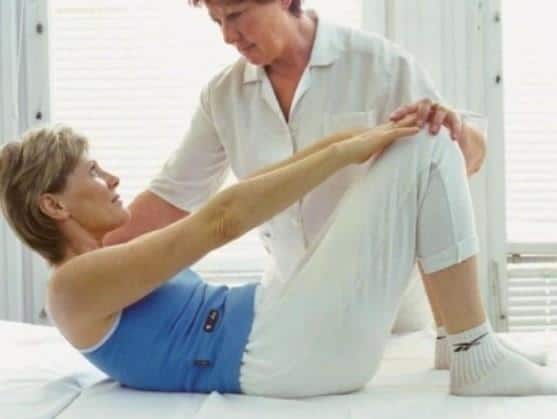 We recently had a client that attended the clinic after she was diagnosed with Osteoporosis, to find out the treatment options that were available for her. Due to the prevalence of Osteoporosis in our community, we thought we would share her story.

Jan* had recently had a bone density scan and was diagnosed with Osteopenia, the beginnings of Osteoporosis. Her GP had prescribed her vitamin D and calcium supplements; but also suggested she start an exercise program to help boost her bone density.

Jan* saw us at the clinic and following an assessment, her Physio found that she had no major problems that would prevent her from starting a land based strength and exercise program. If she had any significant issues she may have started group hydrotherapy classes, but with her reasonable health she would get more benefit from a land based resisted program.

Prior to this Jan* had suffered from a shoulder injury, to strengthen this area her Physio incorporated some specific exercises into her program. This was important in preventing her problem from re-occurring. When she began Physio Group Exercise classes Jan* found it a little difficult, but the supervision provided by the Physio meant that she received a lot of support at the start; this then reduced as she became more confident. Jan’s* program has now progressed and all of her exercises made harder. It has taken a few months, but she is doing more during classes and is enjoying the social aspect of going to the small classes.