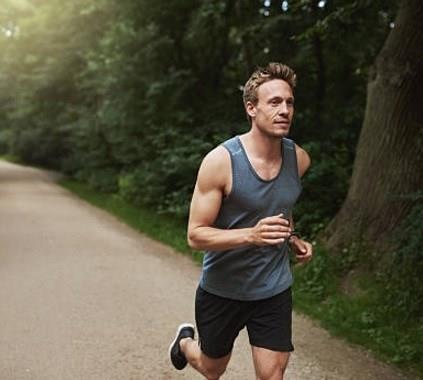 Tom* came into Core Physiotherapy & Pilates Studio because he was experiencing some pain in his knee. Tom* is a busy guy who runs his own business and has two children in primary school, to help him relax he enjoys taking long runs. Lately it has been more difficult for him to do so, because of his troublesome knee. In his consultation with his Physiotherapist, Tom explained that after about 15 minutes he would have to stop because of the pain that he was experiencing in the front of his knee. On assessment of Tom*, we found that his outer quadricep muscle and his iliotibial band were extremely tight, causing his knee cap to not track properly. We also tested the strength of his quadriceps and hip muscles which were weak. As a result of this, when we observed Tom* squatting a few times, we were able to reproduce his pain.

We started Tom* on a tailored gym program focussing on strengthening his hip and quadricep muscles as well as releasing his outer quadricep muscle and iliotibial band. With the help of some taping, dry needling and massage, Tom* was able to slowly run for longer and longer without pain. After a couple of months Tom* was able to run for an hour without any pain and could restore some balance back into his life.